This post contains a poem I wrote as a gift to a friend years ago. He’s gone now, but his influence lives on. His physical presence is nothing more than a memory. I don’t even have a photo of him, yet his image is as vivid to me as the first time I ever met the man. It’s almost as if I can see him in my reflection now, not as a copy or imitation, but as a continuation of the best he had to offer.

How does one repay someone for saving their life? Is there any price that can be offered to balance the scales and compensate for this act of selflessness? Yes, there is. The gifts we receive that allow us a better life must be shared; they must be, or they will not fulfill the intention of the universe, and that is perpetuation with abundance.

You may be wondering how this blog entry applies to the subject of self-help. There was a time where I wasn’t sure my existence had any significance at all. This has changed. I now know  we all have a place, a destiny, that fits in perfectly and harmoniously with the world around us. Unfortunately,  the opposite is also just as true. All of us also have a path we can choose that is destructive and painful to those we care for as well as ourselves. The more we nurture our environment, the more we draw sustenance from it. The more we abuse our surroundings, the more it will, in turn, injure us. There is a way to manifest that place that gives life meaning, and it’s not difficult to find.  For the moment, the observation that it functions in others is priority. The more we observe something at work that does not exist in our lives, the more we create faith that it is indeed possible in our own.

Look to those you know or have known in your life that live with purpose. They move effortlessly and gracefully through their days, doing what they do well, sharing their talents without demanding and accepting everything with an abundance of gratitude. Is there not admiration for these people? Is there not a healthy dose of envy that beckons us to reproduce these conditions for ourselves?

This poem is not directly about the man in question I mentioned at the beginning. The imagery is more representative of how I felt he had found his place and in turn mine as well.

When a lazy sun

From the evening clouds,

To embrace the night

And as the world

There comes to life

With kindness in his eyes.

And lights a lamp

To start his work again.

A crust of bread,

A bit of drink,

And then he does begin.

Just as he who picks

Off the family vines.

From the juice that flows

Will then be made

Just as he who cuts

From the weavers cloth

Patterns which he sews.

Will turn his craft

Just as he who shapes

With a mighty hammer.

As the strokes do fall

There’s peace among the clamor.

Just as he who sits

As the stone does whirl

From the old town potter.

With a tranquil look

He moves in loving grace.

He has found his place.

By the woes of man,

He works without a sound.

For in himself there lies a calm,

A treasure that’s been found.

And when he is done

To see what’s been turned,

He will always find

That for his efforts

There’s more than what’s been earned.

When the morning sun

And birds begin to sing

Will close his eyes

And dream of what the night will bring.

Thank you for letting me share this with you, and may you too find the bliss that is more valuable than all our “material” world has to offer.

If you want to fast track a higher quality of life there’s a shortcut most will totally ignore.

The habit of being late is the same thing as saying “My time is more valuable than yours.” As far as I’m concerned there’s no argument for this. If you go to the same place to work for years, and are late again for the four hundred and thirty-seventh time because traffic the sucks, I’ve got news for you pal, it’s NOT the traffic.

As far as the subject of self-help goes, it doesn’t get any more basic than this. Punctuality is in reality, rare. This is true because all of us instantly know those who are always prompt, and they do indeed stand out. The generalized identify of this trait is nothing more than showing up ahead of schedule. Few realize it also indicates a willingness to stay longer. There’s no doubt all of us want more time, but what good are a few extra minutes if they are not productive and peaceful? Why subject yourself to a lifestyle of constant rushing to get out the door when all one has to do is start earlier?

Early in my recovery I was clonked over the head repeatedly with this topic, and for good reason. The habit of tardiness is basically one of self-centeredness, and boy did I have buckets of ego. Along with the action, I also had a filing cabinet full of excuses to accompany my behavior. There were some pretty creative ones too. My personal favorite (at the time) was claiming I’d been pulled over by the cops for some minor infringement. I’d tell my inconvenienced audience that they were nice and let me go with just a warning. Not only was I lying about why I was late, I was attempting to generate sympathy for myself as well. Using lies like this to perpetuate my laziness turned my mind into a garbage dump. My collection of lies and pointless excuses eventually took up so much mental room, there was little left over for even the most basic of needs. It finally became clear the only thing I could be counted on to do was to be unreliable. I eventually turned this lifestyle around by realizing all that was required to change it was to walk away from it. No clean up was necessary, just abandonment.

When I came to the conclusion I had no need to drag the past into the present, it allowed me the freedom to move forward without attachment to previous behavior. Over the years I’ve practiced a lot of habits I’ve vowed never to repeat. These slips of character are not who I am; they exist only as memories to help me define what I am not. I did not want to be the last person to show up anymore, and I had plenty of examples to use as leverage to help me to change that. I left a broken lifestyle behind and went forth with a willingness to do what would be asked of me from those I had wronged through my sloth.

It’s just my opinion, but I think a lot of the world’s problems would disappear if everyone would just make a commitment to show up on time. Traffic would ease, health issues due to stress would lower, production would rise, and trust would increase; all because of one thing changing. It may be a fool’s wish, but I’m sure it’s one that can be clearly envisioned by most of us.

There are some habits I’ve developed that help to nurture a more reliable (and relaxing) lifestyle.

I do not follow these ideas as strictly as I would like. The only one I don’t break is the third one. Yes, I am still late on occasion. I am not without fault here, but I am much more aware of others who are waiting for me, and that has allowed a less-selfish approach to the day. It sounds simplistic, but the bottom line to curing a tardy life is nothing more than choosing to give yourself enough time.

It has been my experience that reliability equals abundance, and this was the first step I took that opened those floodgates. If nothing else, the more we are late, the more we miss out on life, and I for one don’t want to miss a thing. 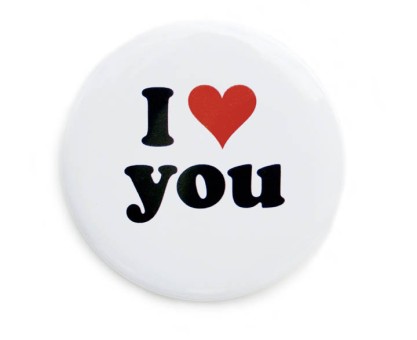 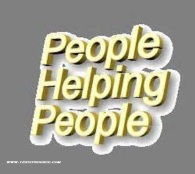 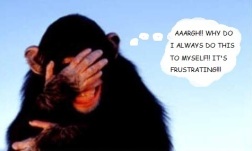 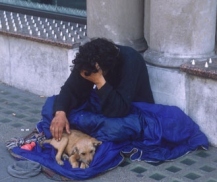 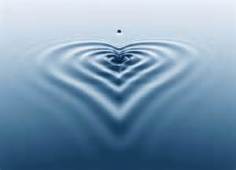