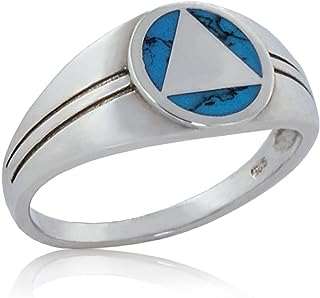 “Stick around and the miracle will happen.”

These words were spoken early on from those who encouraged me, and I still hear them frequently when attending meetings. At the time I had no idea what the “miracle” was. All I wanted was to just not hurt anymore. That alone would have been, and eventually was, a blessing in and of itself. It was astonishing the amount of misery I put myself through, throwing up several times a day, every day. Seeing blood pour out of my mouth (and everything else that came out of me) was a ritual I got used to. I’d shattered the vessels in my face so many times I looked as if I had a permanent sunburn. I hadn’t had a real night’s sleep in years, choosing to pass out, day, after day, after countless, pointlessly lived days. Such is the insanity of self-destructiveness.

As my recovery finally began to move diligently forward, the hurricane of pain slowed and eventually subsided to the point where I began to function somewhat normally; yet this was STILL not the miracle. My sleep improved, and my horrific nightmares dwindled; and this was still NOT the miracle. I began to laugh, enjoying the smallest of what most would consider mundane moments while looking forward with enthusiasm to whatever tomorrow had to offer; this too was not the miracle. On a leap of faith I switched jobs. I went from working over a decade and a half of mostly graveyard shifts to the beginning of a career that still supports me. I moved into an apartment on my own without a net under me. I began to pay my bills on time. My refrigerator always had food. I got a decent vehicle. I met the woman I Love. The list is long, and continues to grow, but all these things do not define the miracle spoken of in the Big Book.

Although I had read it several times, the passage had escaped me, droning on frivolously in my mind while I went through the motions of repetition. I must say, once I zeroed in on it, the revelation was both astonishing and, in my case, accurate. In the fourth edition of the Big Book, in the chapter “Into Action” at the bottom of page 84 and on to the top of page 85 it says this –

“You will seldom be interested in liquor. If tempted, you will recoil from it as you would from a hot flame. You will react sanely and normally. You will find this has happened automatically. You will see that your new attitude toward liquor has been given you without any thought or effort on your part. It just comes! That is the miracle of it. You are not fighting it, neither are you avoiding temptation. You feel as though you had been placed in a position of neutrality. You feel safe and protected. You have not even sworn off. Instead, the problem has been removed. It does not exist for you.”

There was a time where I thought of alcohol every minute. Every minute; and I’m not kidding. When we choose to carry chains, we are never unaware of their presence, so the best we can do is justify their existence. Alcohol was my calling card. It was my foundation for blame as well as my attempt to escape. I spent so much of my life pointing and running, and then the day went by where I just stopped. I didn’t think “today I will stop”. The monster withered when I ceased to feed it. It quit tapping me on my shoulder every time I had a Pavlovian trigger. I quit looking for liquor stores on my way home. On the other hand when I saw a billboard or commercial advertising booze, I thought nothing of it. There was neither a feeling of superiority over thinking I had beaten my demons, nor a fear I might slip. As said in the text above, I was placed in a position of neutrality. Do I see it these days as something I’ve beaten? Nope. Instead I have a knowing that my path of progress, or recovery to be more specific, will continue to nourish tomorrow and starve yesterday.